0
In Before & Afters/ Home Life/ Uncategorized 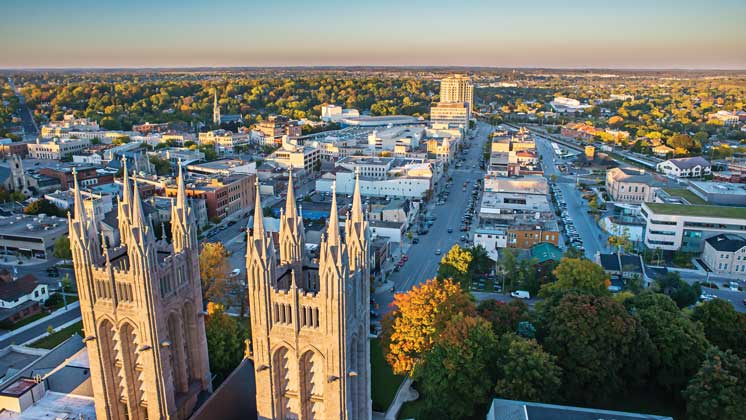 The next door neighbour always tells the story about seeing the oversized 1970’s Chevy chug down the street with bunch of bopping heads swaying back and forth inside, their eyes, wide and intrigued as they slowly lurched past the neighbouring house the family would soon inhabit. She recalls the children, one after another, after another, emerging from the opening in the side of the metal can until five little people displayed themselves in a heap on the sidewalk.

The five of us, turned six, a year later when Moms belly grew to an extreme, would take over Lane Street, the quintessential 1950s street with its 80’s updates. Our home in particular was one of the many side by side bungalows dotting the street with their stretches of neatly manicured lawns.  The big one hundred year old home on the end of the street clearly stood out as the first that occupied the area, but our new home boasted a second level from the previous owners, making it the perfect sized space for my parents growing family. Rumors state that THAT home was the last one built away from the cities downtown core, in the beginning of Guelphs development, after it first became a city in 1897. The cities downtown core was established around shops and restaurants, markets and courthouses, and then, in a two kilometer radius, leading to our street, splendid turn of the century homes were erected in grand arrangements. The giant tree lined streets of this area boast gothic style homes, extremely modern homes, built before the mid centre modern phase, and then, our street and its surrounding core, would have been known as the brand new boom of houses post second world war.

Growing up in the early eighties was an absolute joy. We ran the streets until bedtime, and then in the evenings, crowded around the giant clunky family tv, laying on our tummies on the brown shag carpet, taking in our favourite family sitcoms. Our family home was a typical 1960s home, except with the expansion of a complete floor of living space. The main floor had a modest family room and kitchen side by side, and then a narrow hallway separated the back three bedrooms and tiny three piece bath. Lucky for our little, giant family, the previous owners popped the roof off and added three tiny bedrooms on the upper floor, a family room and another three piece bathroom.

SIX bedrooms, perfect for the eight of us. But the thing is, one by one we all closed the doors on our childhood bedrooms, leaving my parents with six uninhabited rooms in their home. When I met my husband 15 years ago, my parents were in the planning stages of turning the back three bedrooms in the main floor into a giant bathroom, the plan was being made around an inherited hot tub, that my level headed man mused wouldn’t last forever. He proposed they turn the back two bedrooms into a kitchen, complete with a back door leading to their oversized lot (older homes were so lucky to get that extra bit of land, don’t you think?)

In the end, my hubs can be very persuasive and the plan took its course. My mother went from having a few feet of counter space to much much more and an island! The back two bedrooms became the kitchen and then the galley kitchen she had used for 25 years sat in waiting. The space eventually turned into a front entrance mudroom/laundry room and worked hard for them for a few years. Last year however, as old houses boast, their space sprung a leak in the ceiling encouraging my parents to consider replacing their old dining room ceiling. With my husband and I on site at my childhood home again, the creative-renovation wheels started to turn. We explained that they could make more sense of their space by moving their old kitchen-turned-laundry to the back of their home in that third bedroom. It could be peacefully tucked away at the back of the house and then they could have a living and dining room at the front of their space to accomodate all of the entertaining they are known for.

Below is my childhood bedroom, turned dining space, turned walk in pantry! (After pictures to come!) After MUCH consideration, (I swear anyone born before 1960 needs a lot of convincing to change anything!! Hi Mom and Dad!) they were finally convinced this was the way to go with this project to get the most out of the footprint of their home. The only problem though, this space was going to break the bank. How would we find a money tree and FAST?

Insurance, covered a little bit of their ceilings leak, but other than that, there was no saved budget to change these spaces, because it hadn’t been in the cards before my husband and I had come up with our design and build ideas for their space.

My parents scrimped here and saved pennies there, and with the help of some amazing sponsors, we were able to add this project on to THE PORCH PROJECT series where we offer free home makeovers to very deserving families.

We cant wait to show you how you too can get the most out of your space and how you can change the home you are in to adapt to your families changing needs. This house has officially lost its traditional 1960s layout and has become the house that can be known for its entertaining qualities.

AND just in time as our family has expanded to 29 members this year!

For now, here is a massive before and after for comparison! Same view, 20 years apart! Have you ever looked at your home and realized it’s layout, structure and general design isn’t serving you anymore? Have you ever wondered how you can make changes to best suit your changing needs? Yeah, us too. Stay tuned to see how we took my childhood family home and completely renovated it to meet our entire families ever changing and growing needs. 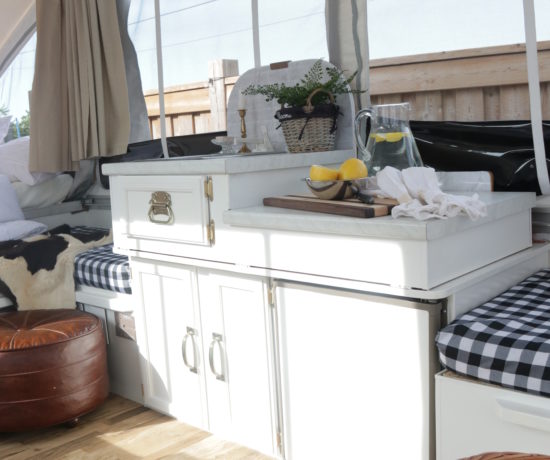 THE CAMPER COTTAGE / Part 3: (THE KITCHEN)

Simple Sunday – Live in such a way…