We adopted a puppy.

If I am being honest, I just bawled my face off before writing this because the truth is I miss our dog, Lola.

If I am being super honest, I haven’t felt like myself since her passing last month. She was such a big part of me, us and our family, that there literally feels like a chunk of our hearts is missing.

Afterall, we are dog people. We are the ones who drive around town and ohhhh and ahhhhh at the dogs passing us on the sidewalk. We go to places that are dog friendly and we choose the places we hike based on the likelihood of  how many dogs we might see.

Despite the grief of losing our dog of thirteen years, our family knew we needed a dog in our lives.

This house has been too quiet and too clean these days. Our laps and hearts have been too empty too. So, we did a thing.

We added an adorable black, wire coated Pudelpointer to our family this week. We drove 13 hours in 48 and brought home the sweetest little fur ball ever. When we started considering adding to the family and filling our house back up with paw prints, there was no doubt, we wanted a breed that could do life with our family and fit right into the daily active lifestyle we value. After briefly considering adopting a dog purely based on it’s long life span, and after getting turned down for rescuing local dogs (most must go to families with children 12 plus) we decided to instead choose a breed that could not only be an adored family pet, but also one that could be my little sidekick through the day.

It is humbling to think that in a decade I will be in my late 40s and in 15 years, I’ll be 51. This next decade I want to embrace my freedom as a mama who has school aged children. I want to go for morning runs and late night walks, and CAN now with a teenager (read, built in babysitter) at home. 😉 I wanted a dog who would come right along with me.

We chose a dog that can keep up to us and one that can withstand our crazy Canadian elements. Also, it is a bonus that it is hypoallergenic! In a crazy way that only fate can describe I came across the Pudelpointer breed while doing some dog breed research. I instantly fell in love and just KNEW this breed was meant for us.

The Pudelpointer is described as a working dog, since it was bred in the 1880’s to be the prime and best bird hunting bog. It is part Pointer and German Pudel and is a quite a “new” breed as far as dog breeding goes. In the 1950s it was introduced to North America and since then has been valued among the hunting community as a loyal, smart, people pleasing, driven pet who is easily trainable and hard working. We are far from hunters, as a family of vegetarians, but, the elements that make this breed so unique and darling, are exactly what we were looking for.

This week we drove the long distance to pick up our 8 week old pup and we were still undecided on a name. We chose to have a male this time around, mostly because I don’t think any of us can bring ourselves to call someone else a “Good girl!!!” when the pain from our loss is still too raw. You know??

Lucky for us the owner we purchased from chose our little family over someone else who wanted the dog flown across the country to them. I suppose our luck is changing these days for the better and the long days of driving were worth it a million times over.

We met our pup, his five siblings and his mother and father this week and it just felt meant to be. Even the name the kids were begging for felt right, even though I had been on the fence about it. We had initially decided to name the puppy “Clark” as hubby has loved that name forever, and duh, HOCKEY reference. 😉 But after trying it out for a week and yelling “CLARRRRK!” out the back door for practice, we quickly realized it sounded too similar to my husbands name, Art.

The last thing we needed was a furry pup running at us every time we called my husband’s name, you know? So instead, we went back to the drawing board and tried choosing a new name. This of course, is harder than ever imagined when none of us can decide on anything and AGREE!

After meeting the owners, we found out that their first ever beloved Pudelpointer tragically died and her name had been “Spruce”.  Our kids saw the name similarity as a sign as they had been begging to name the dog “Bruce”. I wasn’t too sure until that moment and hearing that story and thinking that it did seem pretty meant to be, when the names sound so similar. If their sweet pup hadn’t of died, our dogs parents would most likely not have been adopted by the family and their first litter of pups may not have happened.

Bruce seemed like the perfect fit in the end. Especially when the kids broke it down for me and explained the reference to DC Comics and that Batman’s real name is Bruce Wayne. Our pup is coloured the same as Batman, and he does swoop in super fast, and he is basically rescuing us from our sadness.

Yes, Bruce it it!

We did a thing, adopted a puppy and he now answers to Bruce.

Subsequently, since doing this thing, we have said goodbye to sleeping in and throwing our shoes anywhere they land, and we have been wiping up paw prints and glass doors with wet dog nose marks, but man oh man, we do see pets as if they are massive gifts to us to teach us how to unconditionally love.

I haven’t been this tired since having a newborn, but our home hasn’t felt this happy since our loss. We can’t wait to share more about this sweet addition to our family. You’ll be sure to see Bruce and his sweet face show up in our home and the rooms we renovate and share with you.

You know, once we house train him and have time to tackle more projects again. 😉

We’ve got outdoor projects to tackle next, so at least the pup can be out in the sunshine, alongside us without us worrying about something unsuspecting getting chewed up. LOL

Have any puppy advice for us? Any tips on how to train a puppy FAST? Any advice on getting Bruce to NOT chase the cats?? 😉 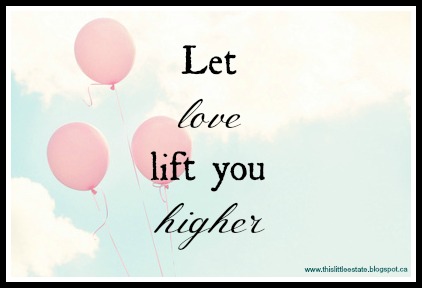 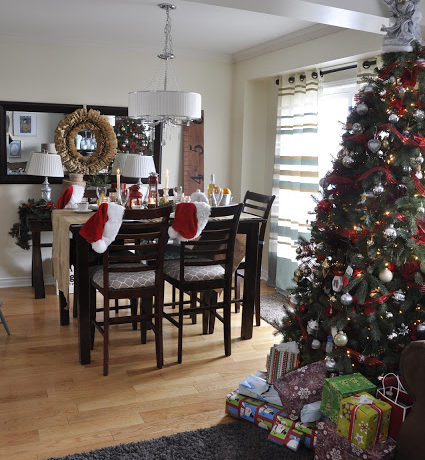