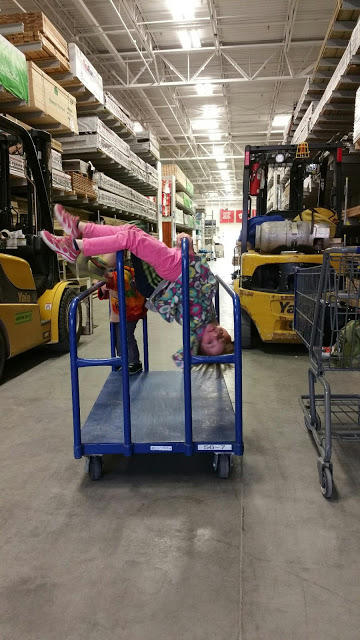 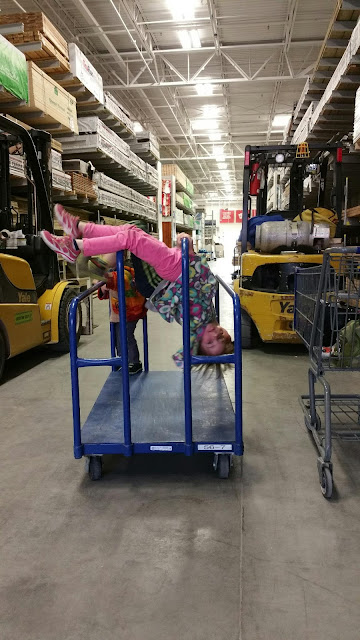 When your kids can successfully complete their gymnastics routine on the shopping carts, you have also officially reached an ER threat. 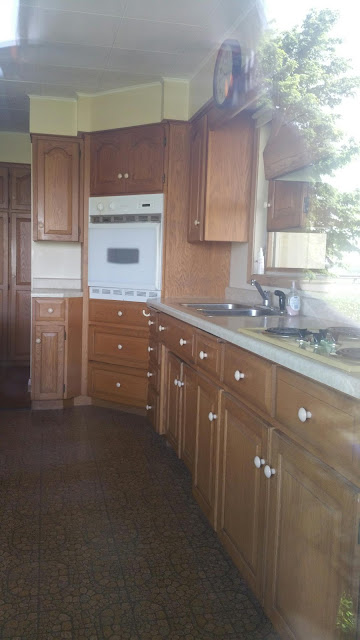 But that’s what happens when you purchase a 1950s home that needs a lot of updating. 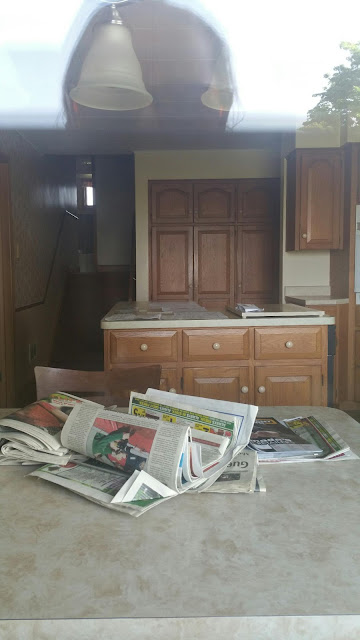 Truth be told, last spring, we took one quick 10 minute tour of our new house before rushing to put an offer in.
It was everything that we wanted!!!
But, it wasn’t accepted. At all.
Twice.
FIVE weeks passed before the other offers fell through and ours was finally accepted.  (Background info: the family had built this house and lived in it since 1954. They seemingly wanted to sell it to someone known to them, regardless of if we handed them our bank account on a silver platter.)
Five weeks is a long time to wait in limbo. Which meant that at that point, we could hardly remember the house that we had seen so much potential in.
So, we did what all respectful future home buyers do…
…we stalked it. 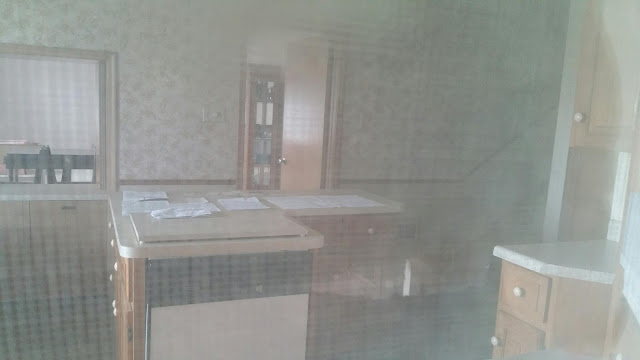 These pictures were taken as I peered in the windows one early summer day.

#likeaninja
I quickly wondered what we had gotten ourselves into.
The house had good bones, BUT it needed a complete and thorough major overhaul.
There was a lot that needed done, but as a wanna-be-chef starring on every Food Network station, the kitchen was my top priority. I couldn’t wait to get my hands on it. 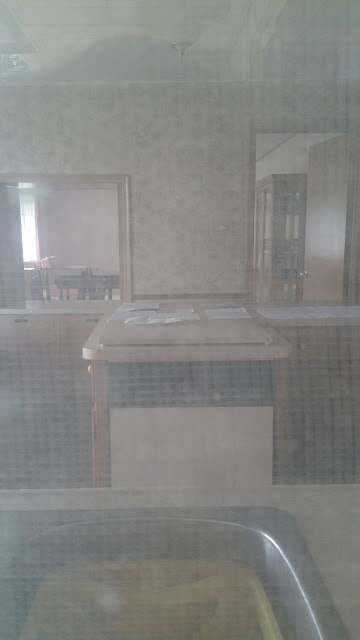 (Above photo is proof that I’m an awesome stalker. Don’t mind the screen. Also, don’t worry, I’m too busy with home renos to stalk anything other than your Pinterest boards.)
The kitchen had a small L shaped island that housed a leaking dishwasher off to one side of the kitchen which was directly in front of a long slew of cabinets. I dreamed of pulling it out immediately. 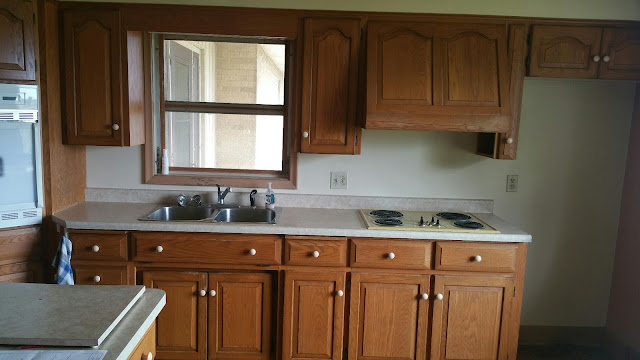 The rest of the kitchen however had solid wood cabinets that I was in love with.
Also the kitchen had great natural lighting which made my self-diagnosed-seasonal-effective-disorder-heart-pitter-patter. 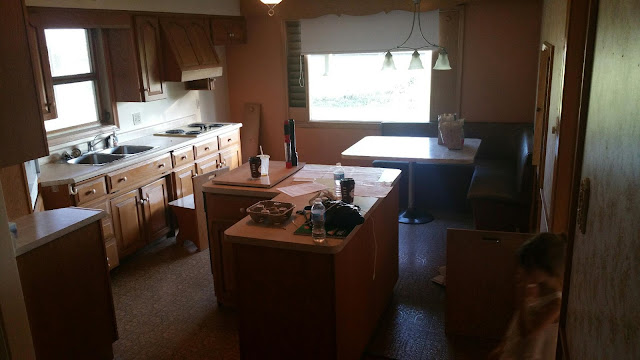 The corner of the kitchen housed a built in banquet that took up too much valuable space in the heart of the home. Really though, as outdated as it was in the moment, I tried really hard to think of a way to update it. I played around with it becoming a really comfy corner for meal times. In the end it was actually a hard decision to get rid of.
As hard as I tried to picture cute ways to update it, we knew we could utilize a bigger island as a place to sit and eat as well which would totally help with the flow of the kitchen. 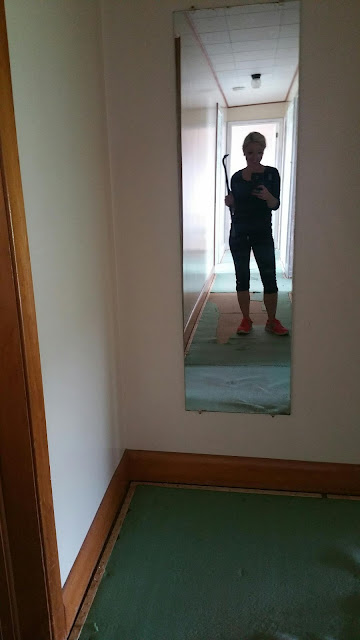 So as soon as we got possession at the end of last summer we got right to it. When we were done our day jobs we tore this space apart, little by little with our own bare hands.
We charged on all summer with unrealistic optimism, unwavering enthusiasm and major dreams. 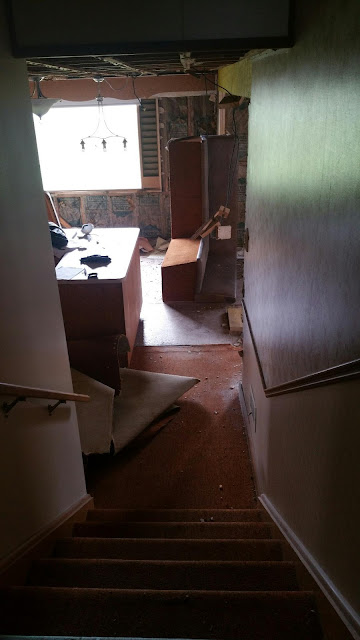 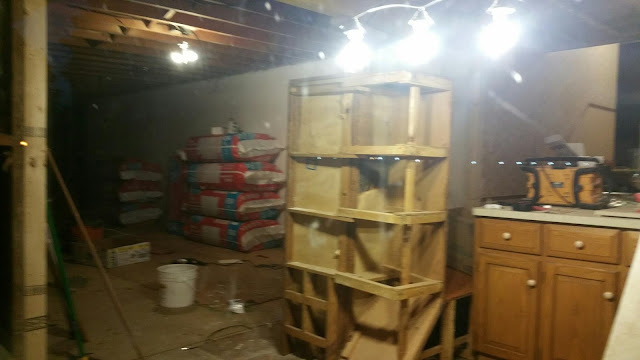 We had gutted our last kitchen, but this was just plain overwhelming!
We were also focusing on every other square inch of this home and caring for our three babies while working full time jobs.  To say this was a walk in the park would be a big fat ole lie.
The reality was it was a big ole fat mess! 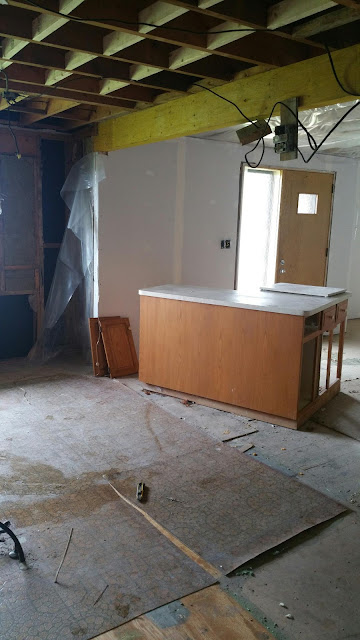 In fact, if we are being totally upfront and honest with you guys, we JUST put the finishing touches on this kitchen this past weekend.

Yep. You read that right. That means this space took us 60 weeks to finish.
At times during this DIY kitchen renovation we wanted to strangle each other and throw cabinet doors around. But as my girl Beyoncé says “I’m a survivor, I’m not gonna give up.” and give up we did not.
We want to share with you the stages of our kitchen development, what we learned, what we would do differently and how it ended up coming together!
If you ever decide to tackle a kitchen reno with your significant other, I really hope you do! You will learn how to compromise, how to bite your tongue, how to offer support to each other, how to lower your expectations, how to cook 6 complete meals in a rice cooker, how to wash dishes in the bathtub for 3 months, how to grow your creativity and DIY skills and how to get the most out of your hard earned money.
We cant wait to share all the dirty deets with you guys.
Around here honesty is the best policy and I really wish design shows shared more of the actual timeline for renovations. It would have saved a lot of arguments that an exhausted HGTV-binge-watchin’-wifey started like this,
“Well, Bryan and Scott and the Property Brothers can finish a space in 25 minutes!! We wont be done for 20 years!!!!”
Yeah. Cause that doesn’t help anyone….
…and I don’t like sleeping on the couch…
AND my Mama tells me comparison is the thief of joy and I want to hoard joy the same way I will hoard the money tree I one day know I will find.
Kidding. I’ll totally share with you guys who are still reading this and not just checking out the photos and pointing and laughing at our messes.
You guys are awesome and we love you, and I cannot wait to show you what we have done with this space we poured our love sweat and tears into.
For now though, here is some pretty to cleanse your eyes from the messes you have witnesses. Here is the view from the kitchen…
THEN 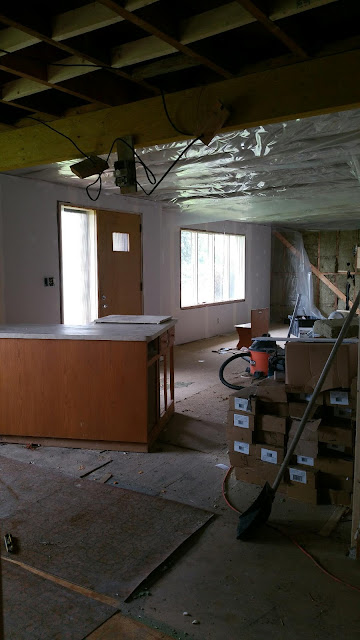 It has been a busssssssyyyyyyyyy year. The craziest and most stressful year of my life to date. (Which is saying a lot cause I went through this super awkward pre teen time that horror stories are made out of.)
BUTTTTTTTTTTTTTT…
If you’re in the progress stage of your life, whatever that may be….
Hard work pays off.
Always.
🙂
Tweet
Share
Share
Pin
0 Shares
demodiykitchenrenovation
September 11, 2016 By bethanygier
Share Tweet Pin it +1

“This Little Salon” {A Peek Inside}