0
In The Moving Chapters Tweet
Share
Share
Pin
0 Shares
When I was 13 years old I asked for my own tool box for Christmas.
There was one catch though, I wanted it full of my OWN tools and above that, I wanted the approval of my parents to DO all the things.
My Dad obliged me that year and I happily unwrapped screwdriver after screwdriver until they were all neatly lined up with their different shaped ends staring back at me. I soon learned they had real professional names and weren’t actually called “the square one” the ex one” and “the line one.”
I’ll never forget that Christmas.
I’ll never forget that Christmas because that full toolbox represented possibility.
After that moment when I carefully loaded up my tool box, I fell in love with DOING.
I’ll save you the stories of hanging curtains and hanging pictures and trying again. (Note: when giving tools to an inexperienced 13 year old, also give them a level.) 😉
Instead we will flash forward 20 odd years later to my childhood dream of taking something and making it better — while getting my hands dirty and playing around with bigger tools. 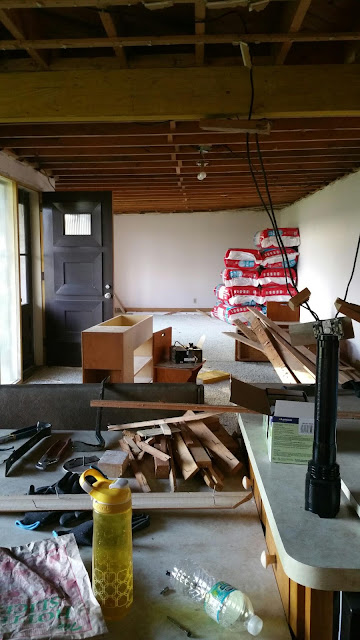 You see, that Christmas started the domino effect and doing with abandon became an integral part of my life after that. It only took a few odd tools and a handful of screws and nails later and the world seemed like I could fix it.
Those odds and ends werent much to any outsider who viewed them, but with my parents turning a blind eye to my mishaps there were no limits to what I could become capable of.
I took all those angst filled teenage years and the lessons of learning and trying again and recently used them in our new living space along side my amazing husband.
Our main living area recently got the brunt of our major gut job and every tool I’ve accumulated from the age of 13 till today was used when dismantling it. (Thank goodness for husband’s who have upgraded to power tools too. They really did the job. But, you get the point here.) 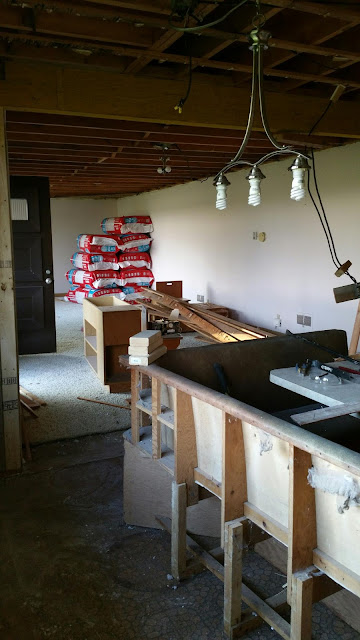 With my handy hubby by my side we started by tearing down the ceilings and the plaster walls and the electrical and the flooring.
(Window demo to come.) 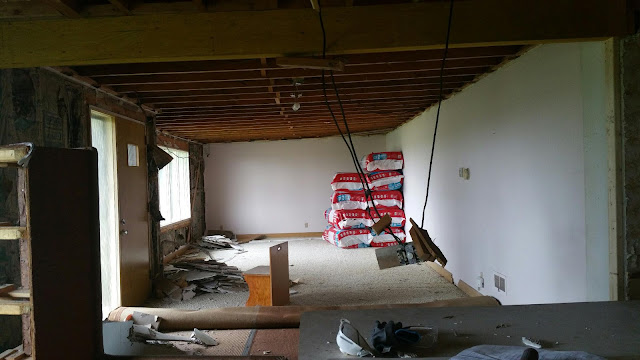 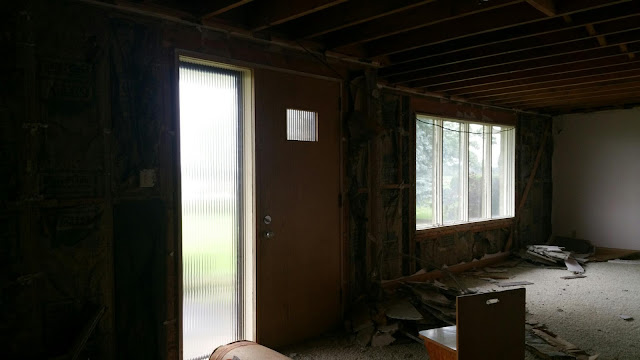 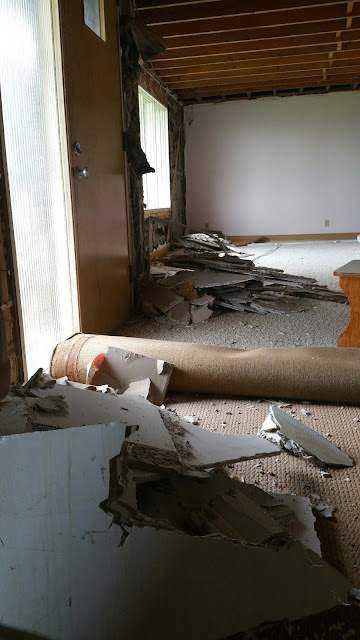 We tore down packed up and moved all of that debris out.
The plaster walls were heavy and major tools were needed to pry them away from the walls, my amazing hubby did alot of the heavy work, cause guys it was SUPER heavy.
Watching the space come apart was so satisfying. The space transformed before our eyes. 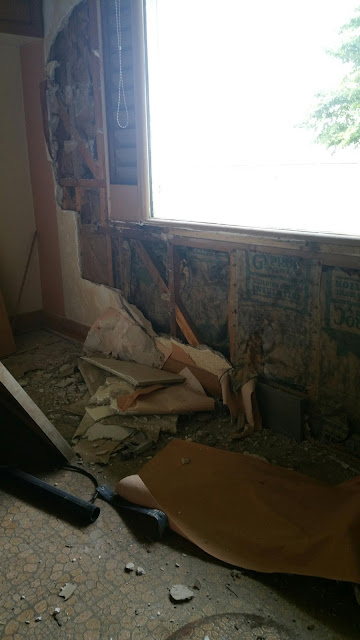 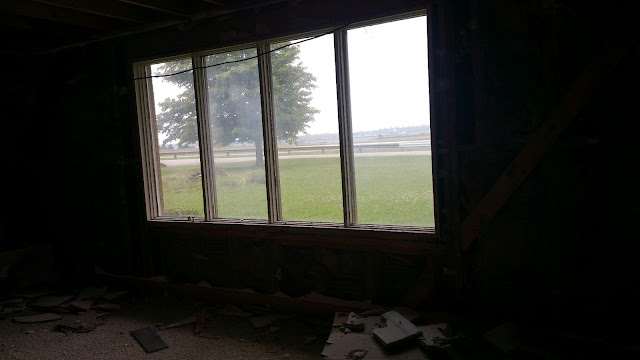 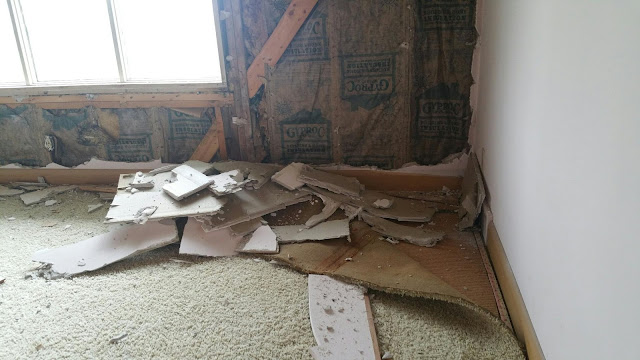 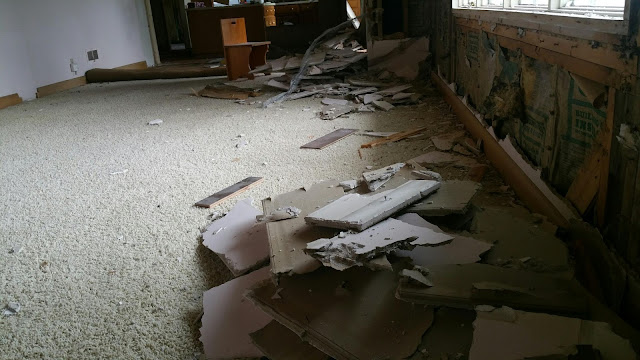 There are a lot of things to learn before tackling a renovation of this magnitude. One of them is to remember that a renovation has to get very bad before it can get better.
That REALLY did happened.
The moral to this post though, is also to gently remind you that if your own child ever comes to you and asks you for things like their very own hammer and staple gun in celebration of a major holiday, you could change their world by obliging.
Also it might be very good of you to wrap up that level I always needed, a hard hat and some protective gloves.
Just saying.
But above that, the most important tool to give someone who is ready and willing to learn and to do is simply to BELIEVE in them.
Believe that they will learn how to spackle those bedroom walls with the 100+ nail holes in them and forgive them when they repaint their bedroom every other week and spill paint on their new carpet and encourage them when they change their room around at midnight and thank them when you sneak their beloved Philips screwdriver from their ultra tidy tool box.
Lastly, as a bonus, it’s also great to compliment the crooked curtain rod they hang and to smile politely at the matching crooked curtains they put on the lopsided rod and to try to knod approvingly at the hand stapled edging of the terribly crooked curtains.
Because, if you can give the people in your life any long lasting gift it is to TRULY have faith in their abilities and drive and to let them KNOW it.
My parents weren’t renovating gurus by any means; at one point I may have even had more little tools in my tool box than my own dad (Thanks for all the tool gifts Dad!), but they encouraged me, or at least they didn’t DISCOURAGE me.
They turned a blind eye to paint spills and forgave me fast when I wallpapered piano notes and lyrics to every square inch of my bedroom walls and when I painted my bedroom electric blue or when I spray painted INSIDE the house with hot pink spray paint or when I cut up their heirloom desk with a hand saw.
And because of them and their confidence in my non existent capabilities, that Christmas gift kept on giving to me. That gift allowed a little teenage girl to grow up to not be afraid of things.
And I’m forever grateful.
The truth is, behind every person who grows up to believe in their abilities is someone who gave them the gift of believing in them.
And it doesn’t take much.
Isn’t that what we all want? For someone to have faith in us? 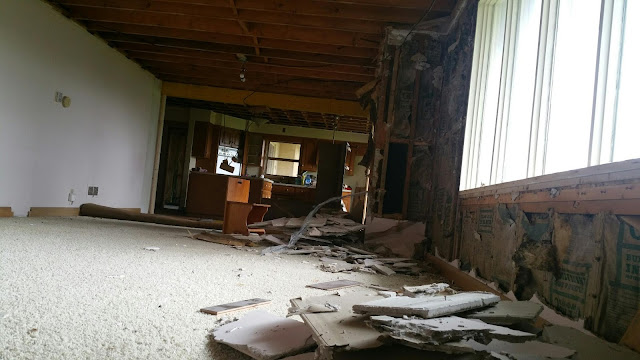 So this time of year is the best time to give that to those we love.
It costs nothing.
It takes barely any time.
But it can change an entire life.
The truth is and always will be…
Encouragement can make dreams come true. 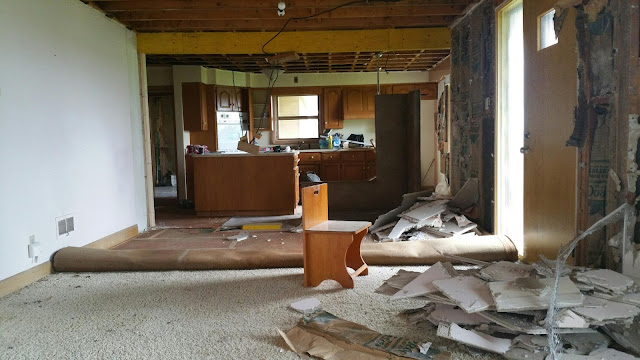 The Moving Chapters {Chapter 22: The Kitchen Reveal! ( A Christmas tour!)}