0
1 In The Moving Chapters Tweet
Share
Share
Pin
0 Shares
These images are from August 2015.
Proof that hard work pays off and good things take time.
Perhaps things you needed to be reminded of today.
I know as a recovering perfectionist I can always use a reminder to keep going, to breathe and to enjoy the journey.
And guys, this has been one messy journey. 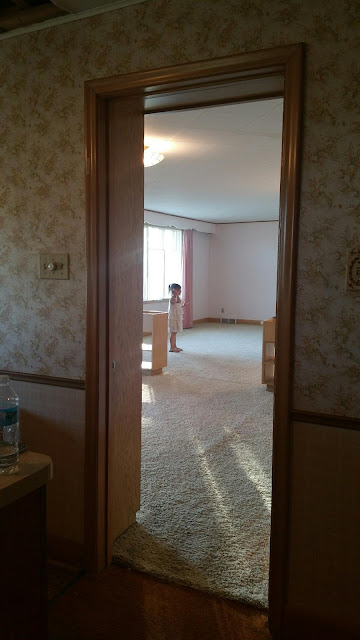 Here is our new living area DURING demolition. 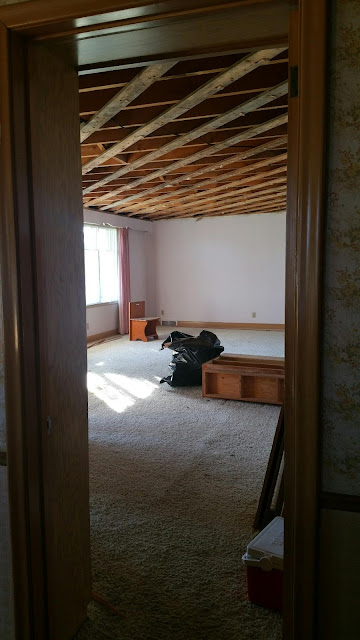 And here is the space mid demo.
We took down the dropped ceiling right away and although this step was needed it was completely scary.
Usually all the big risks in life are, aren’t they?
The plan was that we wanted to open up the spaces in our new home so that we had one big open area for family and friends to gather.
Although I love extra walls to decorate, I love the idea of seeing my babies playing while I’m cooking dinner or truth be told, keep an eye on their wrestling matches while I’m ordering Chinese food. 😉 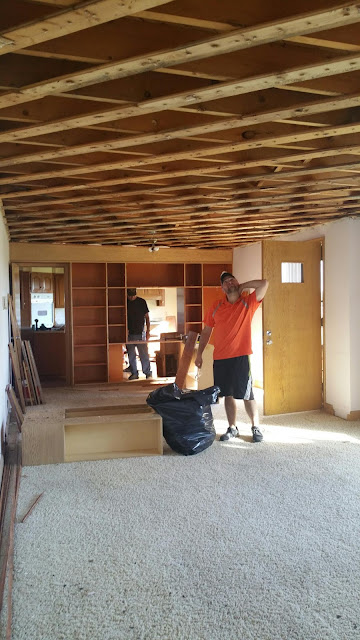 My lovely father in law and mother in law dismantled the built in unit that separated the kitchen from the living area.
This was a big moment for our space but actually a slightly sad moment since we love things (and furniture especially!) that has history behind it. It was a pretty cool unit complete with built in chairs that slipped neatly under it and it also had a large pass through window that let one see from the kitchen to the dining space.
It was also solid as a rock. We are talking mid century construction before nail guns could be purchased at the hardware store. Giant, long, heavy duty nails were used to keep this baby together. They would have been installed by hand too. AMAZING.
It took as much muscle to take it apart as it would have taken to put it together when it was constructed in 1955. 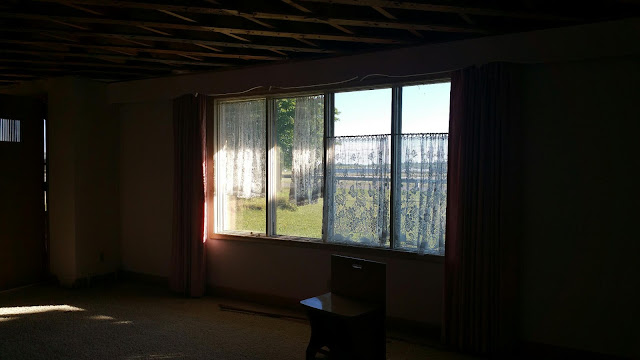 The large original windows in the space needed to be replaced, we knew, but what we hadn’t anticipated was knocking down every wall on the main floor to re insulate and run electrical and other wiring. (More on that in another post.) So unfortunately the plaster walls had to go. 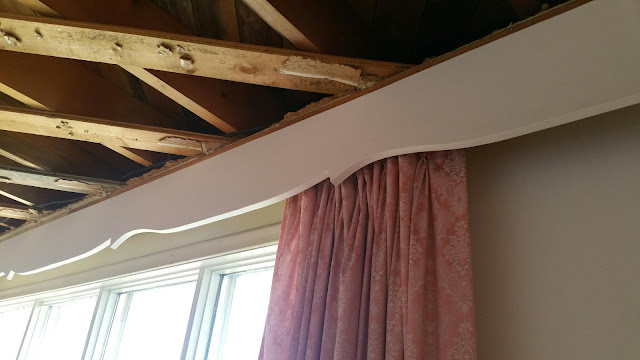 On the other hand, I was smitten with the sweet scalloped edging around the windows in the living space. In the end we took that piece down since it didn’t flow with our future design aesthetic. Don’t worry though, I dragged that heavy piece of scalloped wood down to our basement and hid it away for another project cause it was much too pretty to just take down and toss away. Sometimes good things need to be kept and given new life, don’t you think? 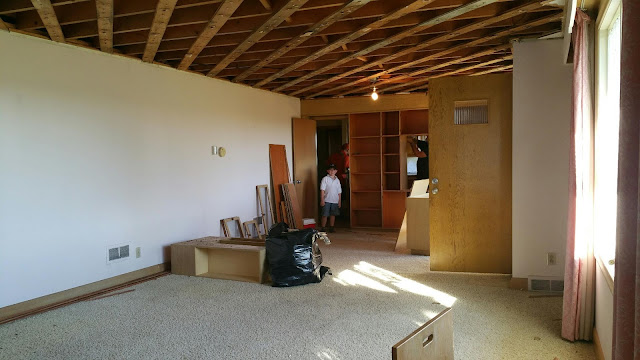 As with all of our projects we include our three kids. They love the physical labour that comes along with a project and like getting their hands dirty. They also embrace the excitement that comes along with beginning a new chapter. Good help is hard to find but these kids of ours have great work ethic and enjoy it, so promises of pizza picnics are great payment. 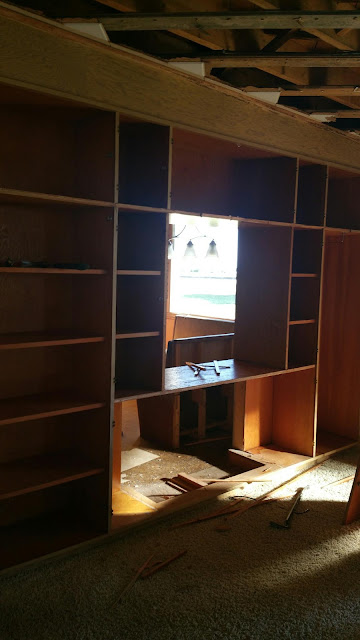 Here is a closer look at the unit that separated the two spaces. 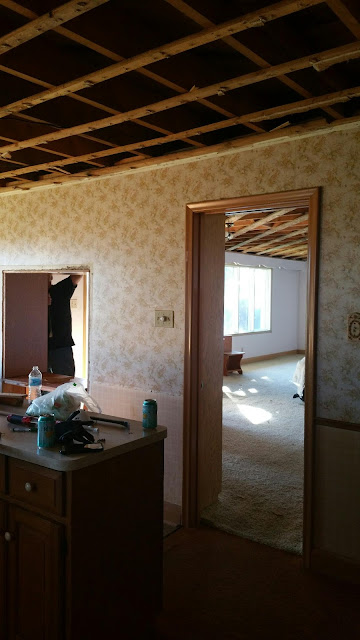 And here it is from the other side.
As you can see the space is big but felt tight because of the separation of the rooms. 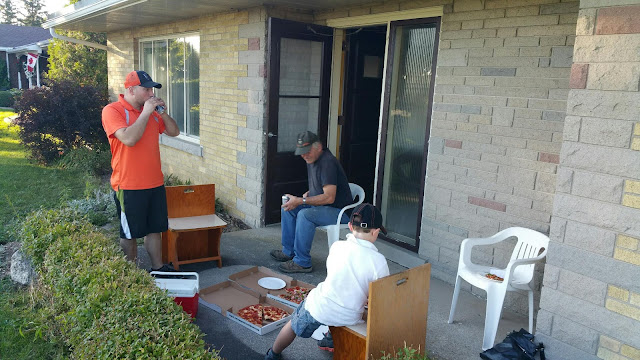 Some promises and workers are easy to keep ;). 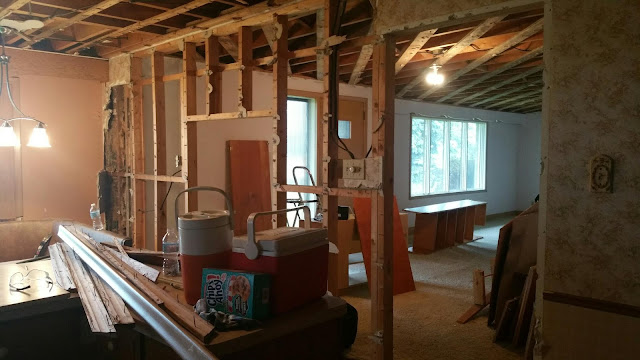 DURING
After a weekend of dismantling the pretty unit with the built in seating,  we finally got to see the space look like we had imagined.
This view was exhilarating guys.
It was actually happening!
The big open space that we had imagined was going to be a reality. 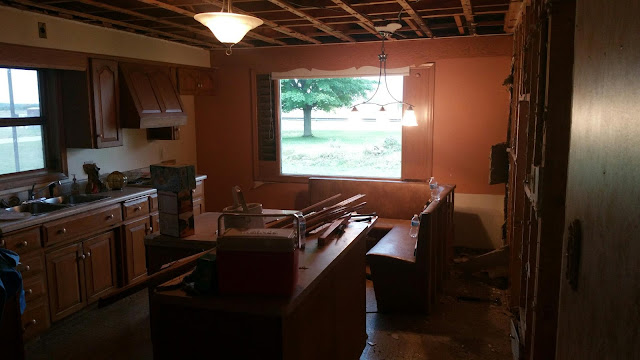 Remember what it looked like from the listing? Well now it was just a bit messier 😉

The view from the stairs looking down into the kitchen was overwhelming at first. There was so much to do. Every corner of this space needed to be touched, cleaned, painted and a million other things and THEN put back together again. 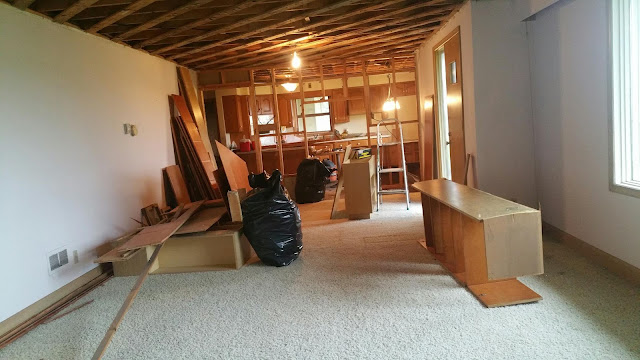 DURING
But we had hope and hope is exactly what one needs when faced with an overwhelming obstacle.
Hope and dedication and drive and work gloves and caffeine.  😉
What has been your biggest home project to date? Was it scary too? What kept you going? Was it promises of pizza too or was imagining the final product enough to keep you marching on?
Tweet
Share
Share
Pin
0 Shares
demogreat roomliving arearenovatingthis little estate
December 23, 2015 By bethanygier
Share Tweet Pin it +1 New Salon Inspiration Board & Before {The Moving Chapters:Chapter 4}